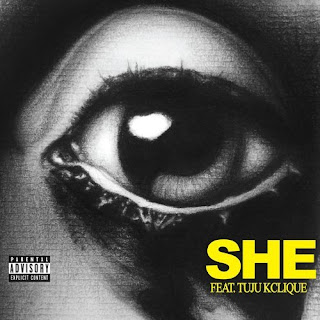 Y'all wanna hear a story?
Since she was born she was never adored,
She mop the floor, she poor,
Blame the parents for hitting it raw,
And now the only thing that's missing is love, it need to be pour,
So, she often meet her friends that living next door,
Abusing drugs and use all their time up,
From sun down they party till its sun up,
Light the candle and then turn the lights out,
Partners in crime they make money with make up,
Selling their bodies to everybody who's at the club,
Nobody know you were underage,
With no remorse of the way you getting paid, till one night your uncle say,
Take of your clothes,
Honey come and join me on the bed,
On the date of her birthday,
Yea she was rape and it was her first day,
Back in school she didn't know what to do,
How to act cool,
So she abort the baby in the loo,

(Pele L)
From KK to KL she choose to bail,
Those giving her hell,
She's sitting by a wishing well,
Well, not to pray but to play that nice girl,
Who read books, flex her boobs like white girl,
Leather boots, hope it would show she got curls,
Met a croock, she mistook for the bright pearls,
She overlooked the fact that guy has a babygirl,
A baby mama too, the woman of the world,
The wife yea is smart, is loyal but with a broken heart,
They part ways, she doesn't want a future as dark,
Another life came by, another life to lie,
Again attracted cuz the whip so fly,
Her hips don't lie,
It shakes when he said that he ain't gon lie,
He said baby you know it's just you and i,
Plus his friends, which he didn't mention,
Ten on one rape dead in abandoned mansion,